In today’s blogpost I will look at historical data from the Tour de France. This data was used in the Tidytuesday series back in April, but I thought I’d take a closer look at it now as I currently suffer from Tour de France withdrawal symptoms (a July without Tour de France is like December without Christmas).

First, let’s load the data and have a look at the structure.

We have three different datasets, which we will call “rankings”, “stages” and “winners”.

Now we are ready to explore some statistics.

Number of stage wins over the years 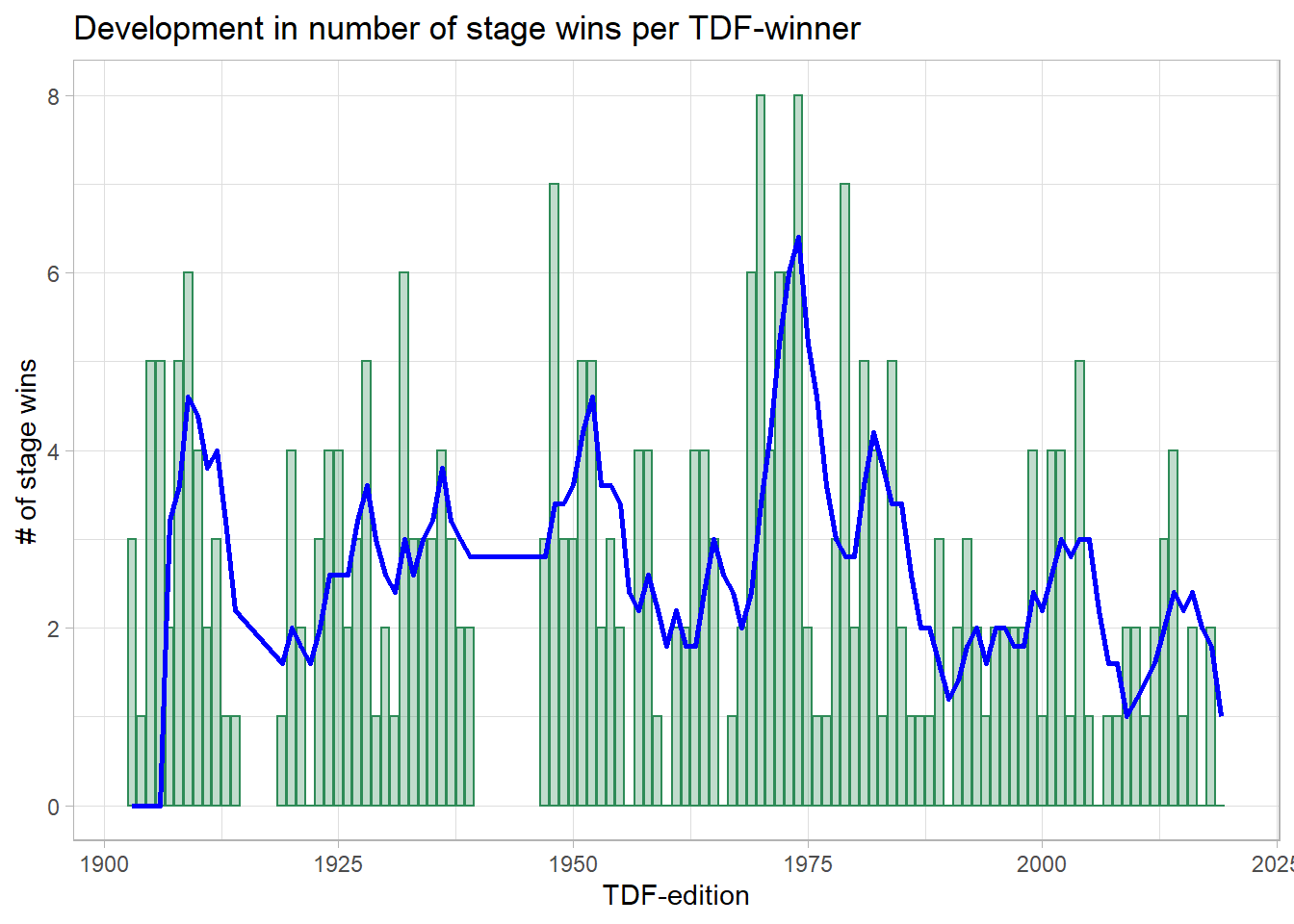 Let’s look at the development in speed over the years. 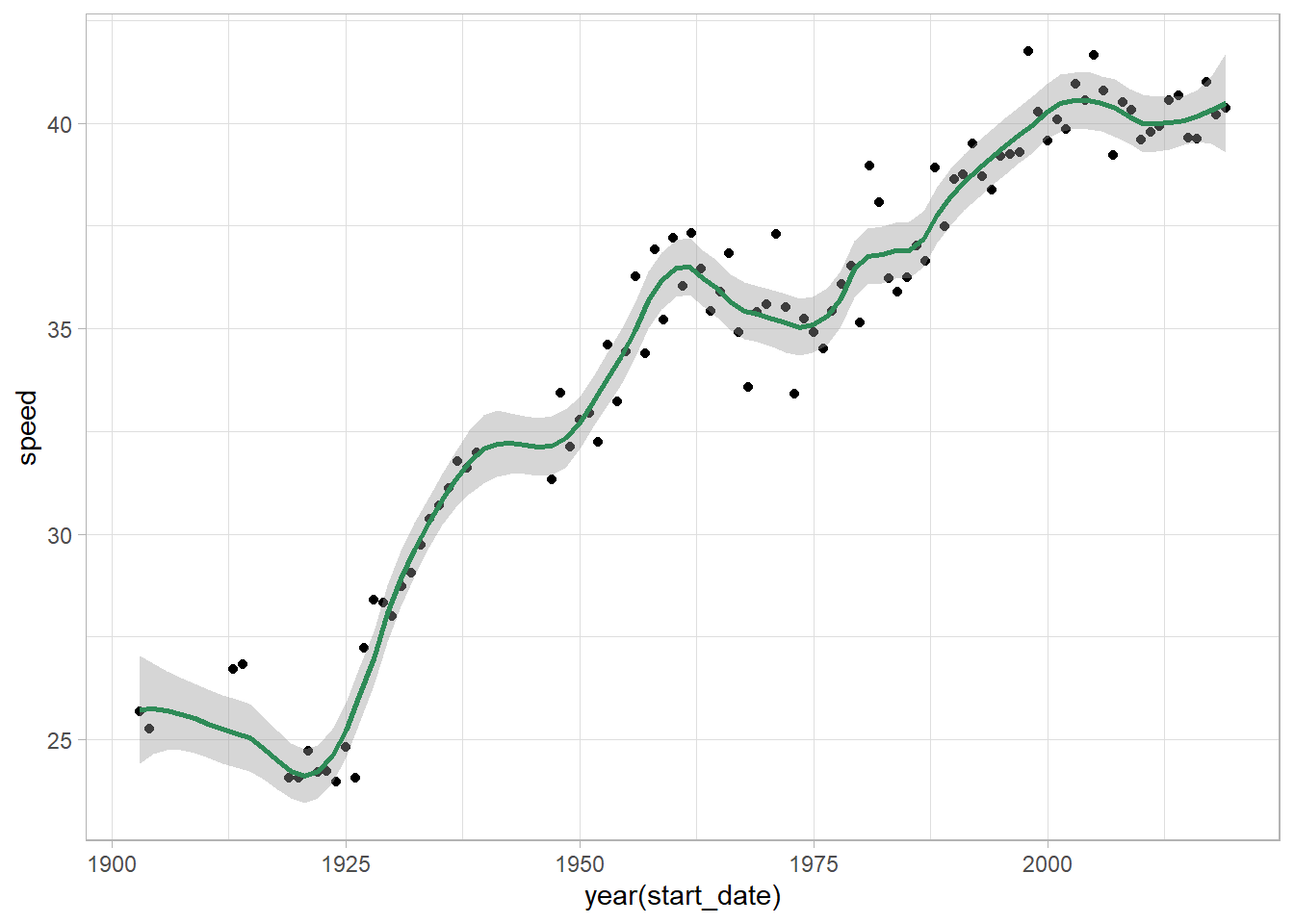 As we can see, the average speed has increased from around 25 kph at the start (a pace most amateur cyclists can hold today - but probably not with 1900-quality equipment) to 40 kph the last few years. We do see, however, that the pace fell slightly after around 2003, which incidently the time EPO test was developed.

Let’s zoom in on the last few years to get a closer look. 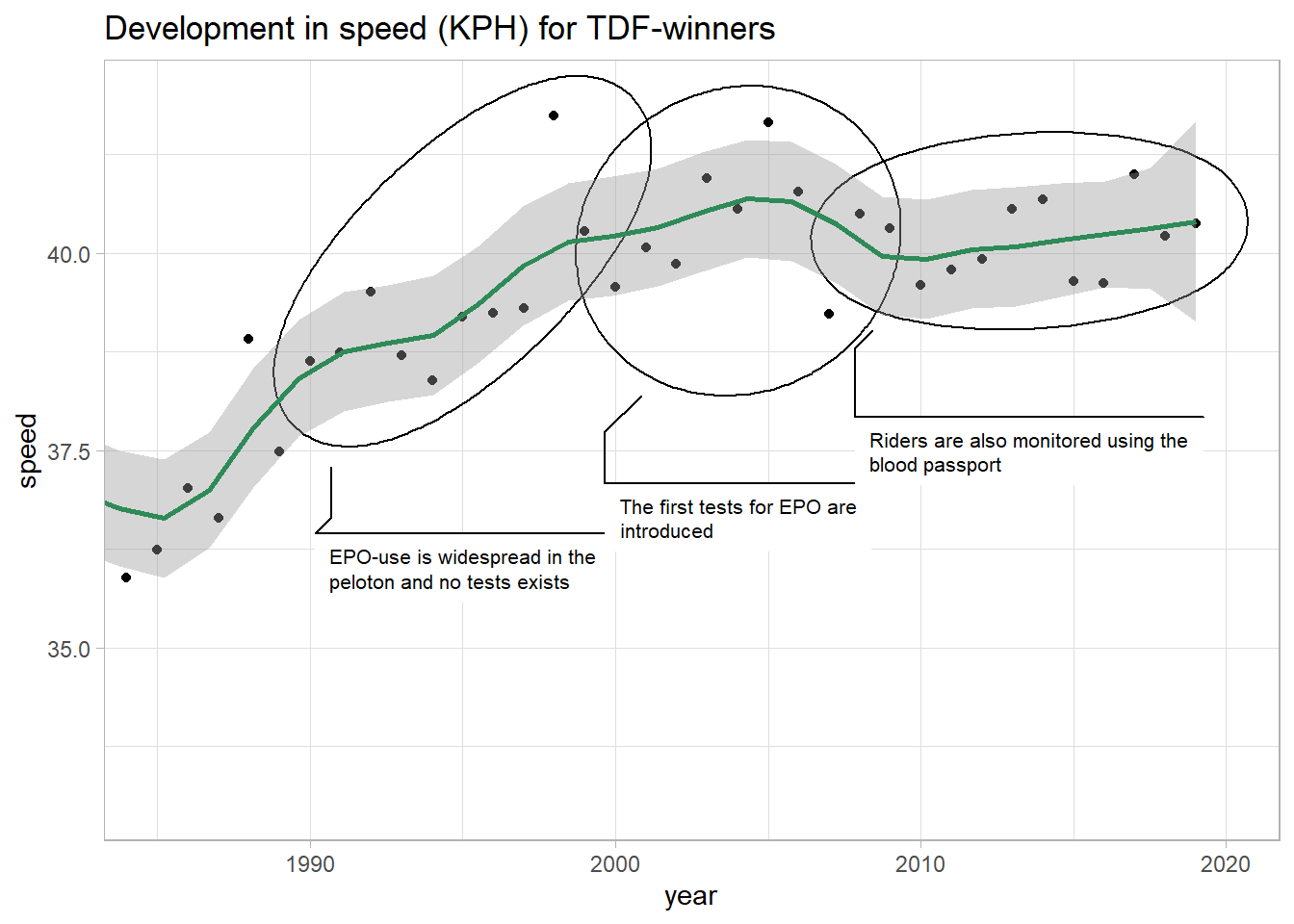 Looking at the speed alone, in connection with important historical events in anti-doping, it does seem like the increase in speed flattens out or drops each time a new “weapon” in the fight against doping is introduced.

Of course, such an analysis is very simplistic, and to get the whole picture one also needs to take into account altitude meters ascended, road quality, equipment, race tactics and so on.

Let’s look at the number of stage wins per rider, ordered by category. 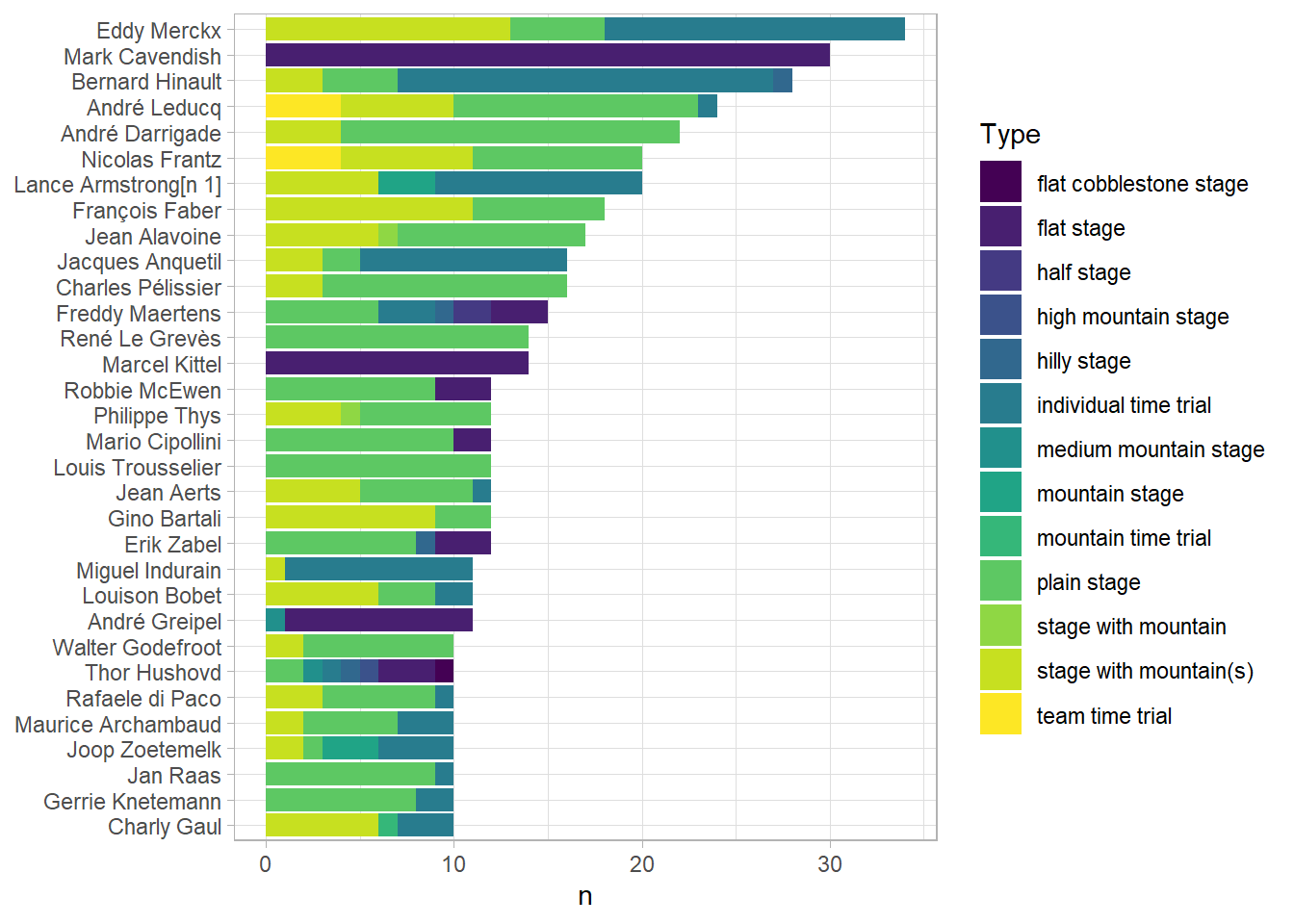 Note that the top riders are a mix between pure specialists, such as the sprinters like Mark Cavendish and Marcel Kittel, and more versatile riders.

So that leads to the question - who is the most versatile TDF-rider? An easy metric would be to check which rider has recorded the largest number of different stage wins.

The Norwegian rider Thor Hushovd ends up on the top here - with a mix of time trials, flat stages, medium mountain stages, hilly stages, a cobbled stage and even a high mountain stage (“The Miracle in Lourdes”, as we say in Norway), he comes out on top with no less than 7 different stage wins:

This comparison is definitely not completely fair, though - there appears to be a larger number of stage types in the later years, which is probably not due to more varied courses, but more detailed registrations of stage types. Moreover, versatility should be measured by placements, not just by victories. Nonetheless, it is an interesting statistic.

That’s it for now, but there is definitely more to explore in this dataset!